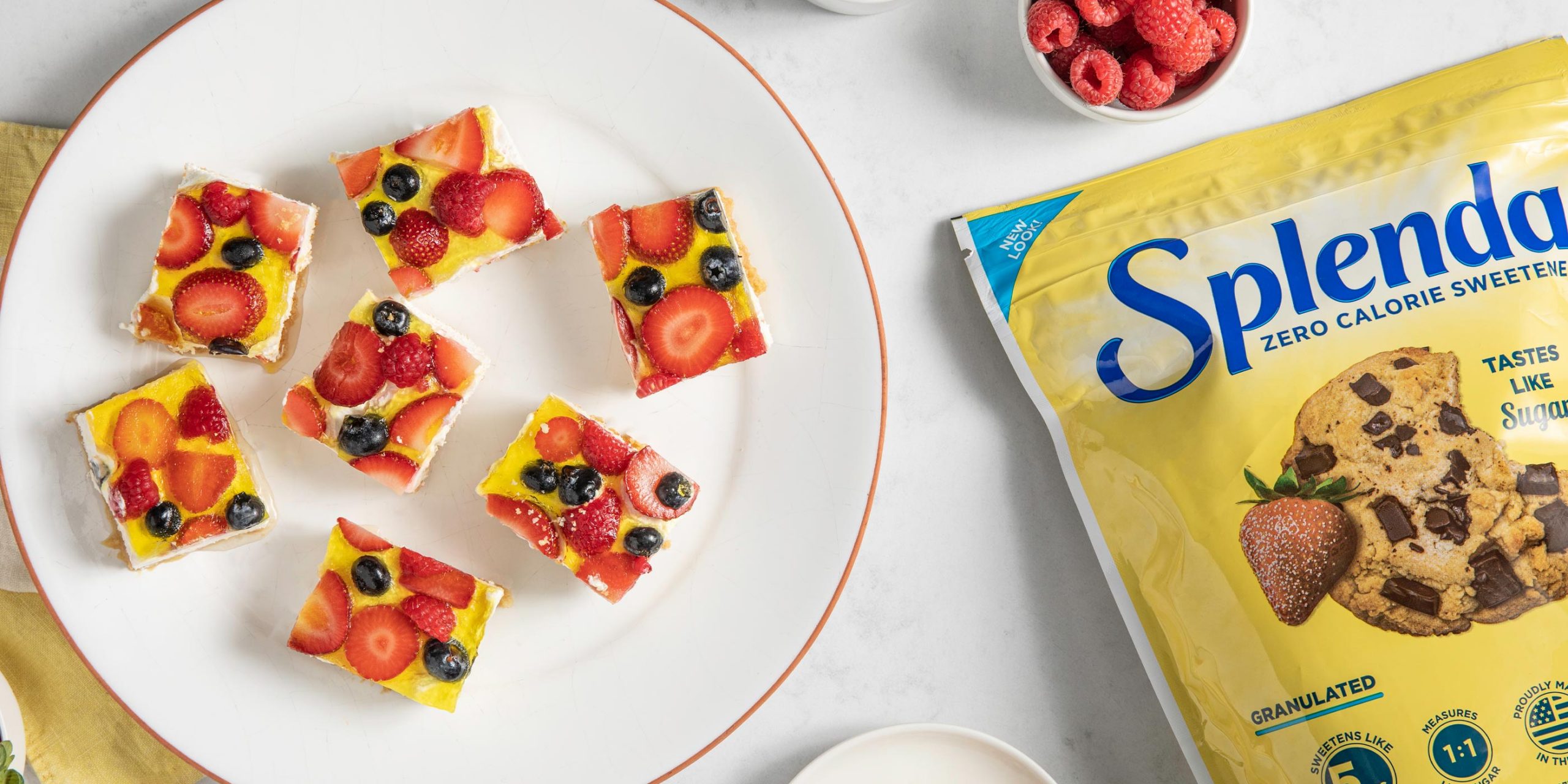 Is Splenda (Sucralose) Bad for You?

No! Experts and food safety authorities agree Splenda is absolutely safe and can help people manage their health. Don’t believe the myths because the science tells us the facts.

It’s no secret that we have an added sugars problem in the U.S. In fact, the Dietary Guidelines Advisory Committee – the group responsible for providing input and recommendations that helps to shape the Dietary Guidelines for Americans – recently reported that the average American gets about 13% of their total daily calories from added sugars.15 That translates to more than 1,800 calories a week from added sugars alone, which is more calories than most people may need in a day. Additionally, according to the Center for Disease Control, more than 70 percent of Americans are overweight or obese, a leading cause of Type 2 diabetes, and approximately 88 million American adults—more than 1 in 3—have prediabetes.12

In short, added sugars are making us sick, but Splenda is here to help. Research shows that alternative sweeteners such as Splenda can help people lose weight by decreasing unwanted calories from added sugars without sacrificing taste. Additionally, Splenda can be a useful tool for people managing diabetes as there is no impact on blood sugar13,9 – one of the many reasons why Splenda is the #1 recommended sweetener brand by healthcare professionals and has been safely used by millions of people around the world for over 30 years. Read on to learn more about the current sugar situation in the U.S. and how Splenda can help you achieve your health goals.

The recently released Dietary Guidelines for Americans 2020-2025 acknowledge that added sugar should be limited in a healthy diet.6 While it’s a great step to encouraging Americans to consume less added sugar, the reality is that we’re not meeting the current recommendations to make added sugar less than 10% of total daily calories.15 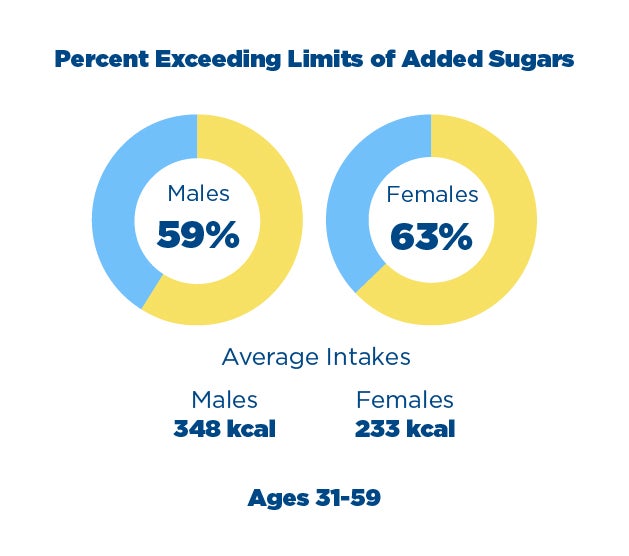 Data from the 2020-2025 Dietary Guidelines for Americans (DGA) shows that Americans are exceeding the recommendation to keep daily calories from added sugars intake under 10%.6

Besides the obvious culprits like sweet treats and sodas, added sugars have worked their way into many everyday foods and many people may not even realize how much added sugar they’re actually consuming throughout the day. Splenda sweeteners serve as an alternative to sugar by decreasing unwanted calories from added sugars without sacrificing taste. For example, you can save over 200 calories each week by using Splenda to sweeten your morning coffee. Splenda Granulated Sweetener can also be used for baking and cooking and it measures cup-for-cup just like granulated sugar. 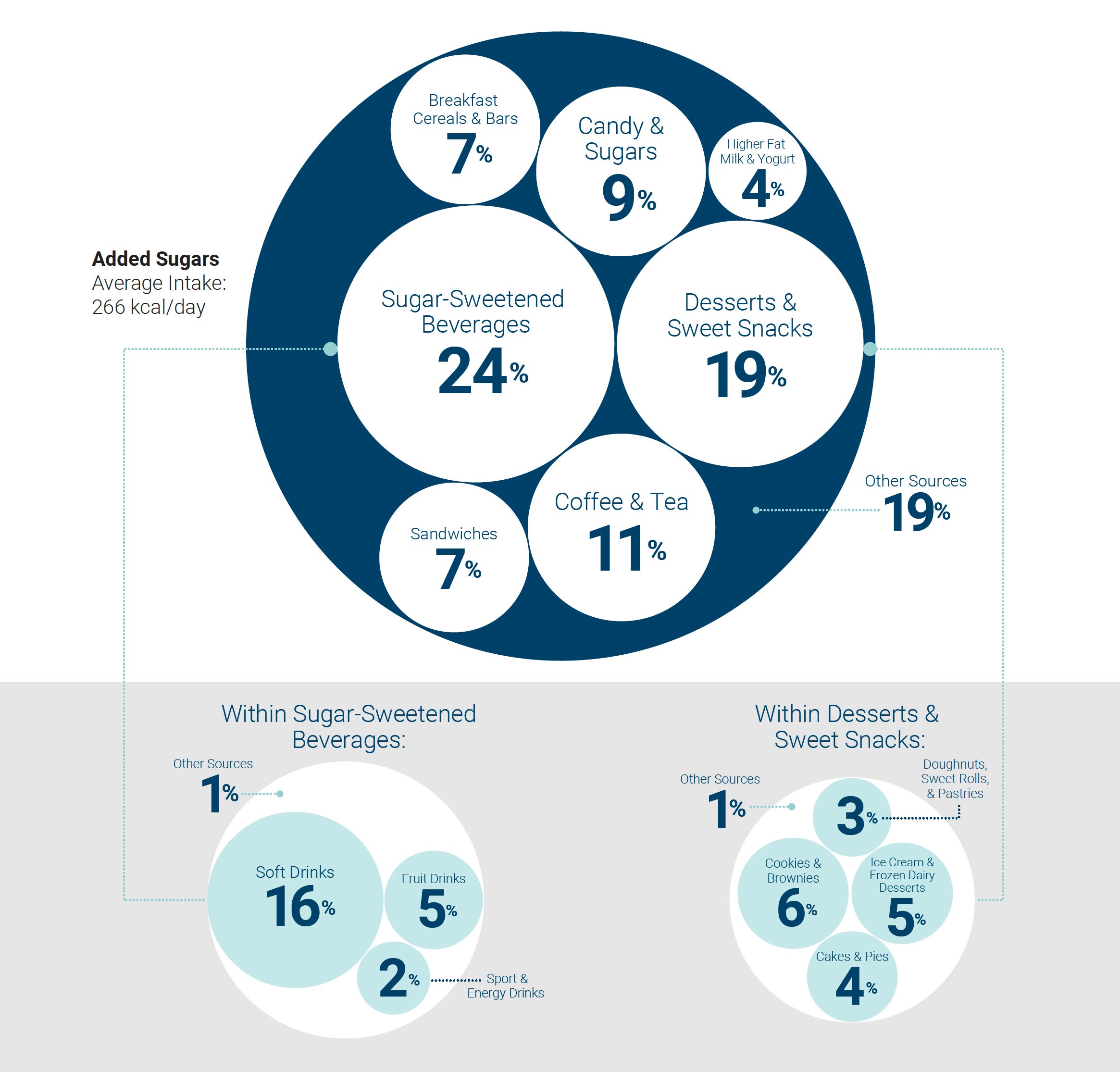 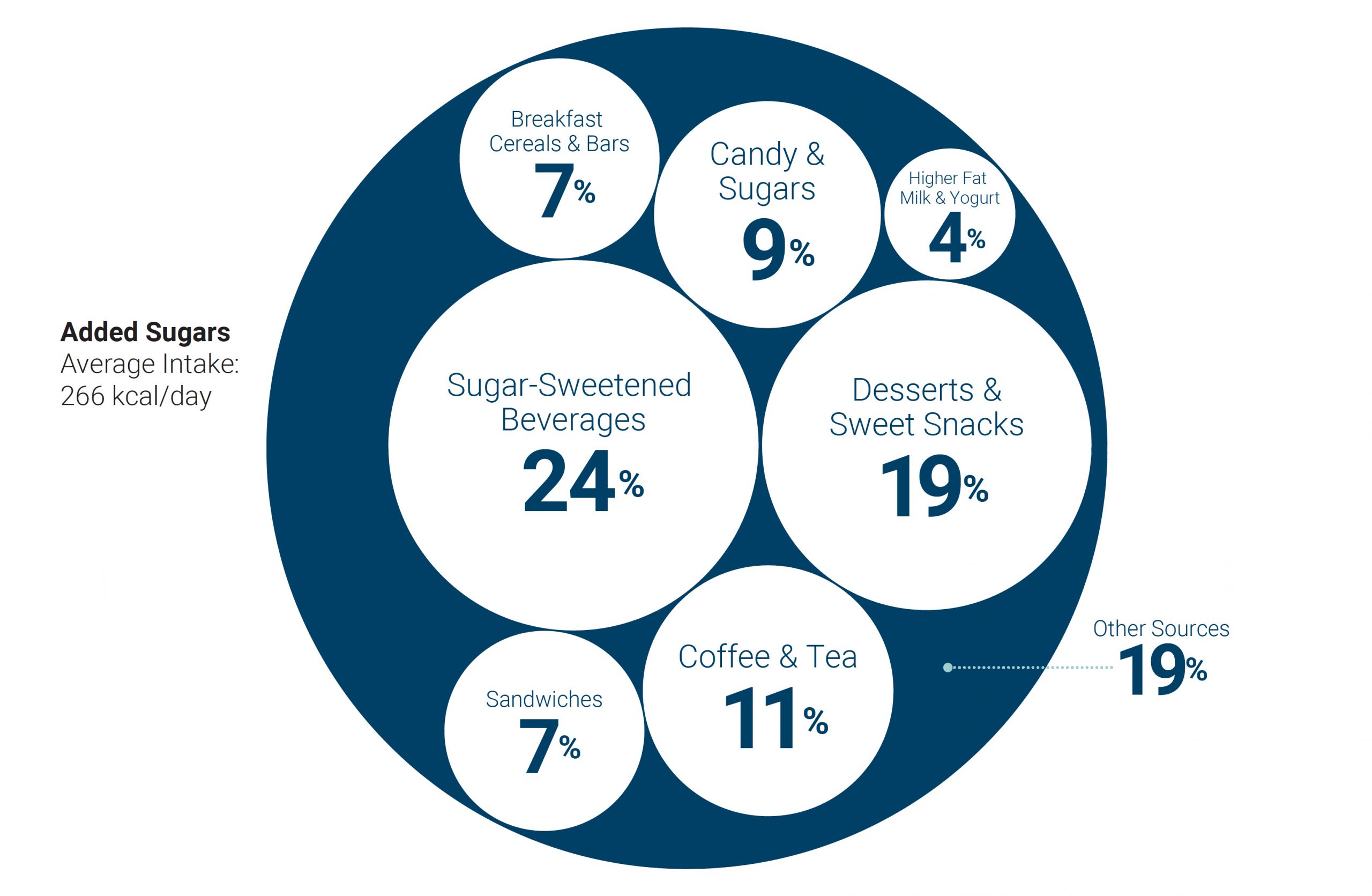 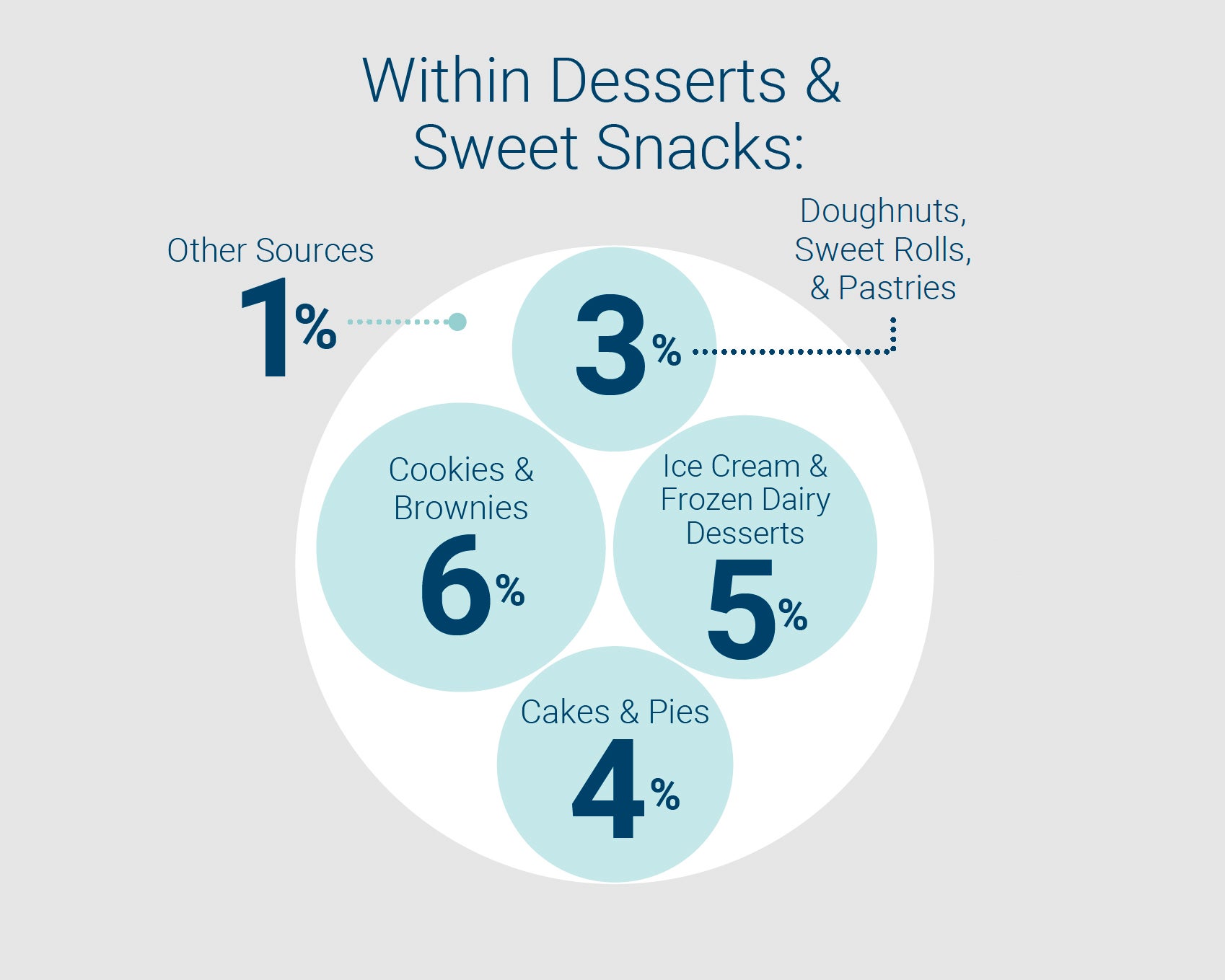 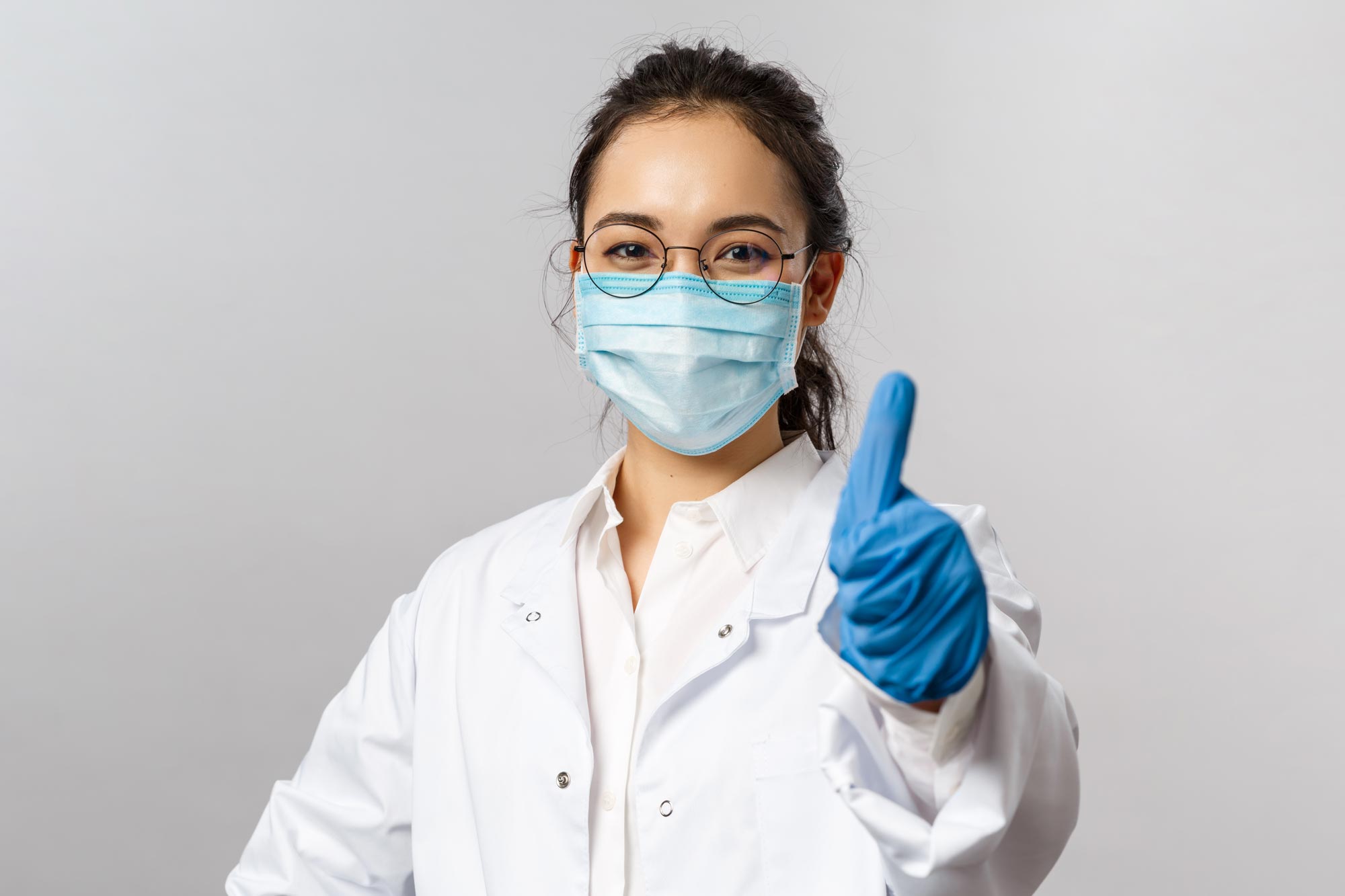 While research about sweeteners like Splenda is frequently misrepresented and sensationalized by the media, the simple truth is that many years ago, health authorities across the globe including the U.S. Food and Drug Administration, World Health Organization, European Food Safety Authority and Health Canada concluded sucralose, the main ingredient in Splenda Original, and other sweeteners are safe to use.1,8,16,17 In fact, sucralose is approved for use in over 80 countries, is used to sweeten over 4,000 food and beverages and even provides sweetness in some medicines and medical foods. The recently released 2020-2025 Dietary Guidelines for Americans also note that sweeteners like Splenda can be an effective tool for weight management as they reduce overall calorie intake.6

With that in mind, let’s take a look at some of the most common myths around Splenda and debunk them with the gold standard of scientific evidence.

Recent studies have shown that enjoying sweet-tasting products, such as those sweetened with Splenda, could in fact decrease the want for additional sweets while also adding variety and flavor to foods and beverages.  In turn that can help people manage their weight, reduce intake of calories from added sugars and manage blood sugar levels.3,10 So go ahead and enjoy Splenda in your morning coffee, use for baking and cooking and sprinkle on fruit, yogurt, cereals and more to satisfy your sweet tooth without the extra calories.

In 2019 the International Agency for Research on Cancer (IARC) shared that safety tests on sucralose showed no harm when looking at consumption levels well above what most people would actually eat or drink.8  The American Cancer Society also shares that there is no clear evidence that alternative sweeteners, at the levels typically consumed in human diets, cause cancer.

On the contrary, Splenda zero calorie sweetener is a great option for people with diabetes as it has zero calories and no impact on blood sugar13, 9 whereas sugar causes a sudden spike to blood sugar levels. The American Diabetes Association writes that sweeteners such as Splenda “are great alternatives to sugar, as the potential decrease in calories and carbs could lead to better long-term blood sugar, weight and/or cardiometabolic health (think: heart and metabolism.)” 7

Recent studies show that in people with and without diabetes, sweeteners like Splenda have no negative effect on blood sugar.13

A thorough review of the science in 2018 found no evidence of negative effects on gut health from the use of sweeteners like Splenda. Rather, researchers reported clear evidence that changes in food choices, unrelated to alternative sweetener use, are likely the major determinants of changes in gut bacteria.11

All in all experts agree that sweeteners like Splenda can be used to help reduce added sugars and achieve a healthier lifestyle, all without compromising delicious taste. It’s no surprise that Splenda is the #1 Sweetener Brand Recommended by Doctors Dietitians*. For inspiration on how to enjoy Splenda check out hundreds of our delicious food and beverage recipes.