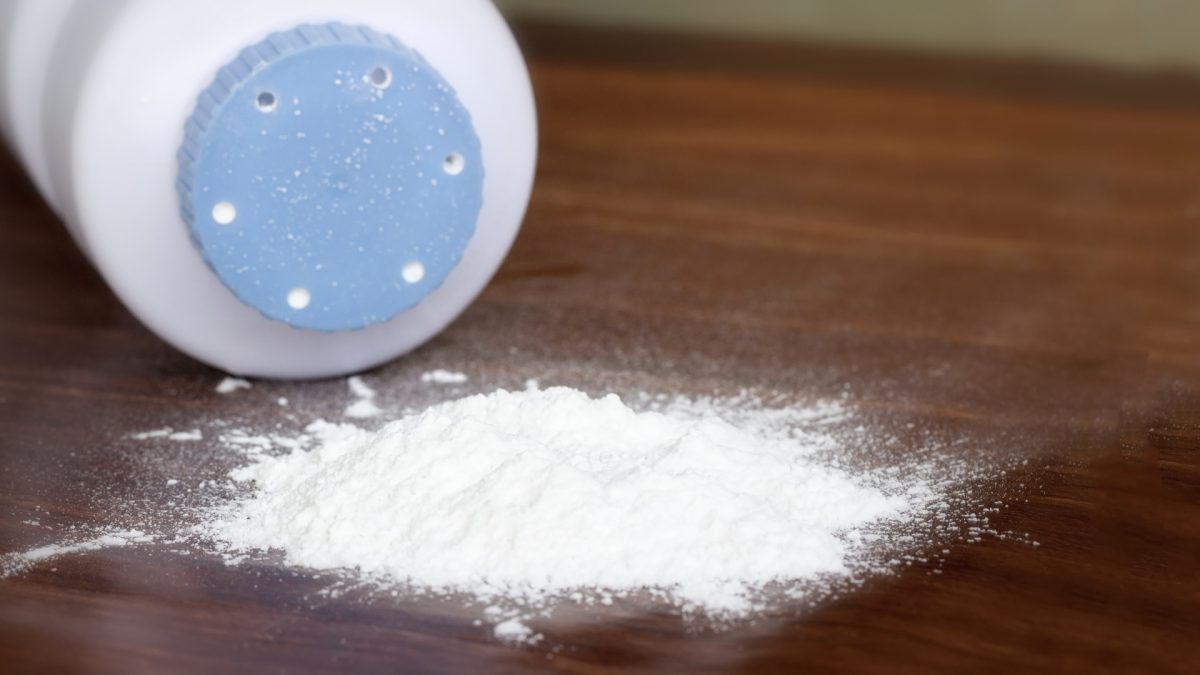 The Dangers of Talcum Powder

What role does diet and baby powder play in the development of fibroids and ovarian cancer?

If you randomly select a group of women and  ultrasound  their uterus,  most  of them have fibroid tumors by age 50 — and by most, I mean more than 80  percent  of black women and nearly 70  percent  of white women.  As you can see at 0:23 in my video  Talcum Powder and Fibroids , h alf of  the  white women  in study  already  had  fibroids by their early 40s , while   half of the  African-American women  had them even early, by  their mid- 30s .

After getting over the shock of how widespread fibroids are, the next question becomes ,  W hy the racial disparity ?  Is it  “ diet, stress,  [ or ]   environmental exposures ” ?  Perhaps   the reason  could offer a clue as to what causes fibroids. For example, African   Americans tend to  have  lower intake s  of fruits and vegetables, and fruits and vegetables appear protective against fibroids .  ( Citrus are  particularly  protective,  though  apparently   not  just citrus juice ,  as  found   in the Black Women’s Health Study. )

It’s interesting  that  if you  measure  the levels of beta-carotene in fresh surgical tissue samples of uterine fibroids and adjacent normal uter ine  tissue obtained during hysterectomies, you find significantly lower concentrations in the fibroids. In fact,  as you can see at 1:23 in my  video ,  beta-carotene  was  not even detectable in half the fibroid specimens , and t he same  was  found in cancer :  Most cancerous tissues tested had undetectable levels of beta carotene, compared to the normal tissue right next to the tumor.  Could it be that  decreased levels of beta-carotene somehow play a role in causing these conditions? Sounds like a bit of a stretch, but you don’t know until … you put it to the test.

T here had never been a randomized controlled clinical trial of fruits and vegetables for fibroids, until…   never.  Researchers  did  do  a randomized controlled trial of kind-of-a-fruit-and – vegetable-at-the-same-time  studying  tomatoes   for the prevention of fibroids , b ut they studied fibroids  in Japanese  quail — as in  the birds . That doesn’t really help me  help m y human, non-quail  patients.

The action of lycopene, the red pigment in tomatoes, “in an  animal  model may not accurately  represent  lycopene action in  humans .” And ,  indeed, the Harvard Nurse’s study found no apparent link between lycopene consumption and fibroids , as you can see at 2:27 in my  video . So, ye s , fruits and green vegetables  at least  may  have  a protective effect, but we won’t know for sure until they’re properly put to the test.

Vitamin D  level  is another possib le factor  as to why African   Americans disproportionately suffer from fibroids , since w omen with darker skin are more likely to  be   deficient in  the  v itamin . A s many as 80  percent  of black women may have inadequate levels of  v itamin D, compared to only  one in five  white women.

Vitamin D does  inhibit  fibroid cell proliferation , at least  in a petri dish , and i t may be able to  shrink  tumors in your pet rat, but what about  in  people? A population study did  find  that women with  “ sufficient vitamin D ”  levels in their blood had about  one- third lower odds of fibroids, consistent with the finding that women who report lots of sun exposure also appear to be protected, but until there’s an interventional trial where women are randomized to vitamin D or  a  placebo, we won’t know for sure if vitamin D plays a role in fibroid prevention or treatment.

African-American women are also more likely to  sprinkle  baby powder on their genitals, which may not only  double  the odds of fibroids ,  but may  also   increase  the risk of ovarian cancer, the deadliest gynecological cancer. Internal memos show Johnson Johnson  knew  about the cancer risk, but still decided to target African   Americans.  In an advertisement  depicting an African-American family that  you can see at 4:04 in my  video , Johnson Johnson said,  “Think of us   as a lifetime friend of the family ” —perhaps   a lifetime cut short by its baby powder . A t least  that’s what  a jury  found   in 2017  when it   awarded  a  woman   $110 million in damages , and that was o n top of the $200 million in verdicts from  2016 , with thousands of lawsuits pending after internal memos  revealed  that ,  decades ago,  Johnson Johnson’s  own contracted toxicologists were warning the company there are multiple studies showing a cancer link .  “ A nyone who denies this risk s   that the talc industry  will be perceived by the public  like it perceives the cigarette industry: d enying the obvious in the face of all evidence to the contrary.”

When  I started this  article’s corresponding  video , I  profil ed  the effects of diet and supplements of fibroid tumors ,  but then  I  got dragged off on that horrifying ovarian cancer tangent —and  I’m so glad I did. What a story! No wonder corporations are working hard to pass tort reform to limit the amount of damages they have to pay for their negligence or malfeasance. If you remember, it was a series of landmark court cases that also dragged damning internal tobacco industry communications into the light. For a bit on that story see:

PS: If you haven’t yet, you can subscribe to my free videos  here  and watch my live presentations: