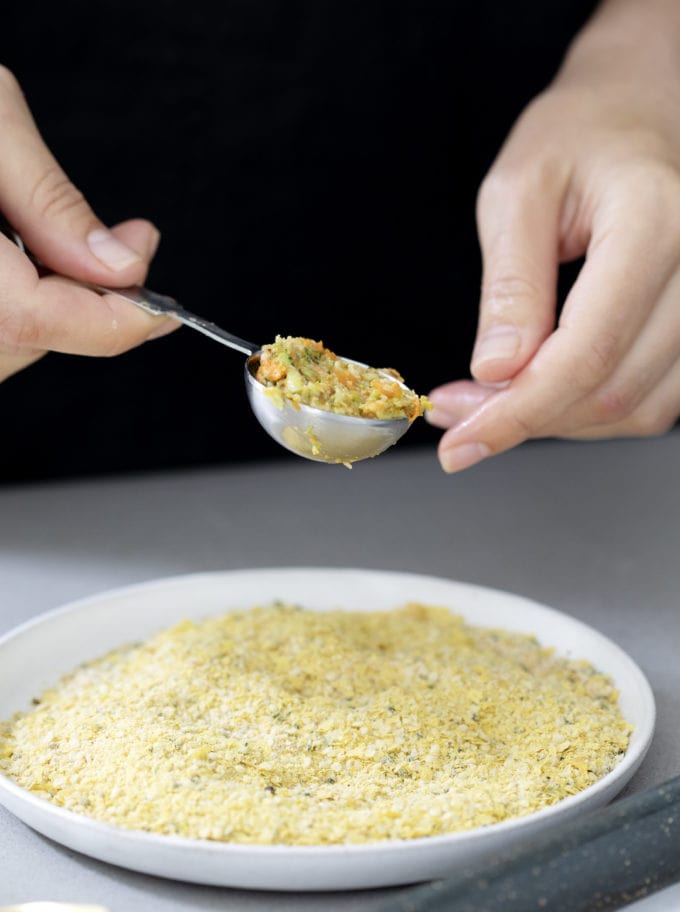 Vegan Sources of B12 A-Z

As a dietitian who works in plant-based nutrition, vitamin B12 is an important part of ensuring you meet your nutritional needs on a vegan diet, alongside iron, calcium, and protein. If you’re new to plant-based eating, you might want to pick up Eat More Plants cookbook, where I go deeper into everything you need to know when starting a plant-based diet but this post will help you get to know your vegan sources of B12!

What is Vitamin B12?

Vitamin B12 is a water soluble B vitamin that contains a mineral called cobalt.

Where does vitamin B12 come from?

Vitamin B12 is naturally found in meat, seafood, eggs and dairy products. However, it’s not actually produced by animals themselves. In fact, vitamin B12 is created by bacteria and accumulates in animal tissues. Vegan sources of B12 are often fortified foods.

Vitamin B12 is required for building healthy red blood cells and supporting nervous system function. It is also used in DNA synthesis and as a co-factor for enzymes. If you don’t get enough vitamin B12 foods you can get pernicious anemia.

Unlike other water soluble vitamins, the body can actually store some vitamin B12 but it is still important to get some B12 into your body daily.

Do vegans need a B12 supplement?

As a dietitian, I have to say that I really prefer a daily supplement. Which is a rare stance for me. Because B12 is so critical to nervous system function, and supplements are affordable, it takes the pressure off. However you can absolutely the B12 you need from vegan sources of B12 if you can ensure 2 servings of vitamin B12 foods daily.

The bioavailability of supplements is generally higher than food. But bioavailability also depends on something called intrinsic factor, which is released in the stomach. The capacity of intrinsic factor to support absorption tops out at about 1-2 mcg so if you are taking larger doses, say 500mcg, your absorption is likely closer to 2%. You are definitely NOT absorbing the whole thing.

You can take B12 as part of a multivitamin or buy B12 on it’s own. I take a Vitamin D + B12 supplement which covers all my bases for the day.

You can also buy preformed methylcobalamin, which some prefer because it is already the active form of B12 but… we don’t actually have much research to say that methylcobalamin supplements are more effective than cyanocobalamin.

Vitamin B12 Deficiency: who is at risk?

Vitamin B12 deficiency isn’t common, and develops slowly because we have vitamin B12 stores to draw from. However, those on plant-based or vegan diets are at higher risk because there are fewer food sources of B12 in our diet. One recent study showed that vitamin B12 intake was lower in healthy adults trialling a 4 week vegan diet, however, it was unsupplemented and unclear as to whether adequate daily intake of vitamin B12 foods was reached. Another systematic review showed that vegans are at risk for lower intakes of vitamin B12, while also acknowledging that consuming B12 fortified foods negated this outcome. Take home? Eat vitamin B12 foods!!!

Because production of intrinsic factor goes down after age 50, it is recommended that everyone (vegan or not) over the age of 50 take a supplement and it’s worth noting that a deficiency of B12 can mimic dementia.

It’s also worth noting that those with gastrointestinal diseases or those who have had surgery on their digestive tracts, such as those with celiac disease, Crohn’s disease or ulcerative colitis may be at risk.

Finally, folks who take proton pump inhibitors for GERD or those who take metformin for diabetes may also be at risk.

There isn’t a huge variety of vegan sources of B12 so this list isn’t long…but it doesn’t need to be! One, you can always just opt for a supplement which I recommend. Two, it’s very easy to incorporate two of these choices into your diet every single day, particularly plant-based milk alternatives as getting 2 glasses of these alternatives daily will also help you meet your vegan calcium needs.

What about so called natural sources of vegan B12 in tempeh or algae? These are not considered reliable sources. Absolutely eat them! But bank on another source of B12.

Source: https://desireerd.com/vegan-sources-of-b12-a-z/
We use cookies to ensure that we give you the best experience on our website. If you continue to use this site we will assume that you are happy with it. Ok